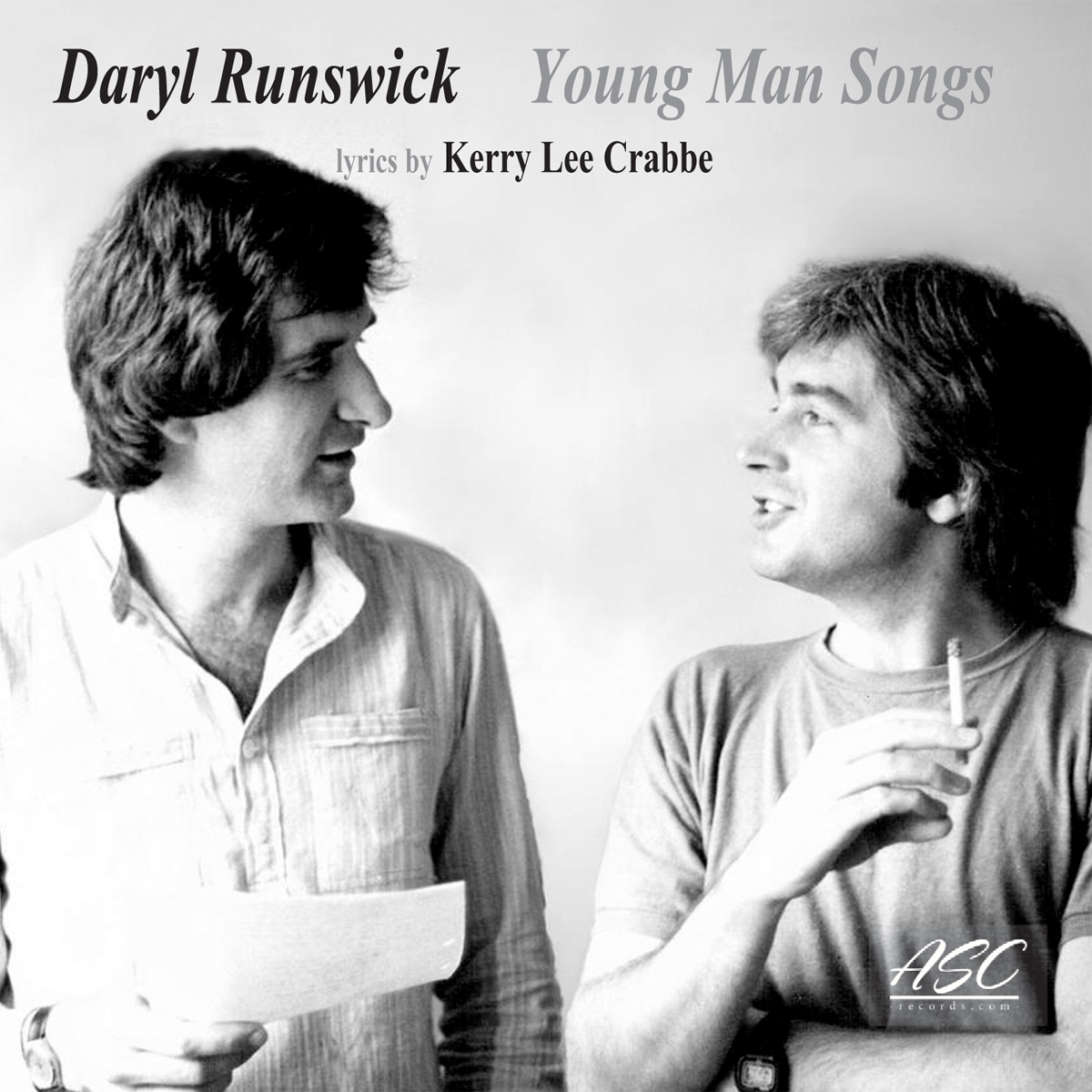 "As a young man my output as a writer of music fell into three broad categories: jazz instrumentals, arrangements for the King’s Singers and songs. (My concert music began to emerge some years later.) The songs were pop songs, and my lyricist, lucky man that I was, was Kerry Lee Crabbe, who I met while we were both Cambridge undergraduates and who turned out to be a true poet.

I never in those days saw myself as the singer of the songs: Kerry and I were hawking them round to ‘real’ pop singers. But in 1980, and again in 1982, I persuaded my publisher, the late and much missed David Platz, to send me into his studio to make professionally-produced versions of the best ones. Even then I thought of them as demos to play to others. Now I feel differently and want everybody to hear them in my versions.

This album, except for one track, dates from the 1982 sessions, wonderfully recorded by John Burns, whose other credits, I was unaware at the time, are stellar (Hendrix, Clapton and on from there). My basic rhythm section consists of some of my closest musical associates and dear friends – all with a jazz streak in their makeup. I play a 'piccolo bass guitar' on several of the tracks: an idea I stole from Stanley Clarke, who's credited with playing one on Chick Corea's Romantic Warrior album. Having no clue what a piccolo bass guitar might be I invented my own: a short scale bass guitar strung with guitar strings an octave higher than conventionally. John Burns didn’t take to it, despite which he got wonderful sounds out of it. He didn’t like the nostalgic next-room strings in So Long Gone either, and Kerry didn’t like the Pastorius brass in King of Cool. Oh so conventional, you boys! I’ll defend these things to the death, and I still play a piccolo bass to this day.

All the arrangements are by myself. The string and brass backing groups contain more dear friends, a couple of whom (Chris van Kampen and Ian Hamer) are sadly no longer with us. Young Man Songs, yes, but made by young men mature beyond their years."
Daryl Runswick