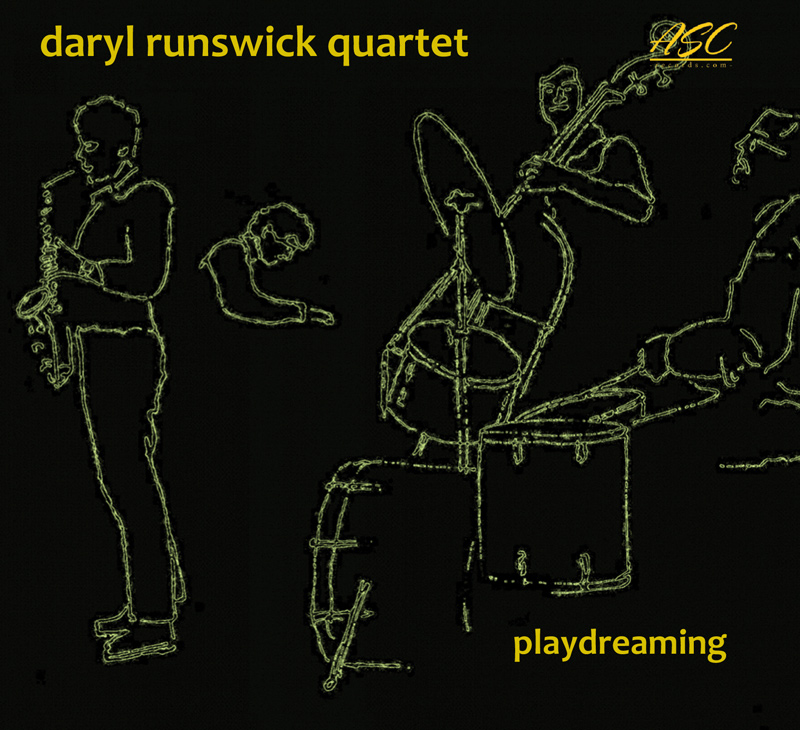 
"This is powerful, evocative and resourceful music." Peter Vacher, Jazzwise.

"In the late 1960s when I first came to London to seek my fortune, it was a very different place from now. The anti-Vietnam protests were at their height – my soon-to-be-first-wife Elaine was present at the (in)famous demo in Grosvenor Square outside the American Embassy. The Beatles ruled King’s Road and folk music and jazz were enjoying a renaissance at a small coffee house (when coffee houses were rather rare – not found as today on every street corner) called The Troubadour on the Old Brompton Road on the Chelsea / Earls Court boundary. Private Eye was born at the Troubadour, and CND meetings took place there, not to mention Black Panther meetings: Bob Dylan and Paul Simon performed there and, on Sunday afternoons, there were modern jazz sessions. These sessions featured a curious coterie: aficionados of the music of an American jazz trumpeter (rather less universally revered than today) called Miles Davis, and his little-known sideman John Coltrane. This was not at all a popular position to take, judging from the journalism of the day, which dismissed Miles as a note-splitting, middle-register-only second-rater and Coltrane as a no-hoper. But the Troubadour group thought differently. By invitation only, you took your instrument along on a Sunday afternoon and, for no fee, joined the others in the esoteric pursuit of post-bop jazz. Regulars included pianists Lionel Grigson and Mick Pyne, saxophonists Art Themen and Ray Warleigh, bassists Ron Mathewson and myself and drummer Spike Wells. Actually I was a relative newcomer, not arriving on the scene until 1968; but I’d met and played with Spike at university and he introduced me into the conspiracy. This recording, made elsewhere and more than a decade later, is like a Troubadour re-union. The repertoire consists entirely of standards, without a sniff of a tune of mine. But then they are Miles and Coltrane standards. Spike recently alerted me to the existence of a recording he made on the night on his ghetto blaster. The sound is amazingly good considering, and Phil Hardman has enhanced it still further. A worthwhile effort: these are performances by four players who knew one another of old, who thought alike about music, who were currently at the top of their game and who happened upon a transcendent night together. Thinking back to the music we and others were making at this time (we being the generation of Keith and Julie Tippett, John Taylor, Tony Oxley, John Surman, Alan Skidmore, Ken Wheeler, Stan Sulzman, John Marshall, Mike Osborne, Henry Lowther, Tony Hymas, Norma Winstone...) I marvel at the world quality of what we were doing. We were virtuosos, we were cutting edge, we were making revolution, and any of us would have made stars of ourselves in America. Why didn’t we go there? Some did, of course. Dave Holland, John McLaughlin, Victor Feldman, Allan Holdsworth. And became stars. I could have. Why didn’t I? Truth to tell it never occurred to me. Do I regret it? A little, perhaps..." Daryl Runswick